Building a sustainable future: why energy efficiency is everybody’s business 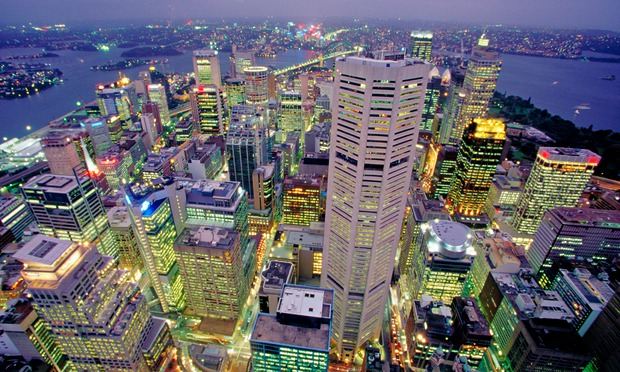 Energy costs only account for 1-3% of a company’s total outgoings, so making buildings more energy efficient isn’t always a priority for hard-pressed business owners facing the daily challenge of turning a profit.

However, as 18% of the UK’s carbon emissions come from non-domestic buildings, the government is keen to encourage property developers and commercial tenants to manage their energy more efficiently. To meet legally binding targets, the UK needs to cut greenhouse gas emissions by at least 80% from 1990 levels by 2050.

While the issue is a national one, much of the responsibility for enforcing legislation designed to tackle climate change comes down to local authorities. For instance, energy performance certificates (EPCs), which rate a building’s energy efficiency on a sliding scale from A to G, are required when any building is sold, rented or constructed – it’s the job of local authorities to check that these are present.

So what can local authorities do to ensure commercial landlords and tenants reduce their energy consumption?

Jo Confino (chair), executive editor, Guardian News and Media
Jade Rickman, policy adviser, Confederation of British Industry (CBI)
Patrick Brown, assistant director, sustainability and construction, British Property Federation
Bruno Gardner, managing director, Low Carbon Workplace Partnership
Nick Hayes, head of sustainability, EC Harris
Richard Griffiths, senior policy and campaigns consultant, UK Green Building Council
Alastair Mant, director of sustainability, GVA
Paul Crewe, head of sustainability, engineering, energy and environment, J Sainsbury
Louise Clancy, principal policy and programme officer, Greater London Authority
Philip Draper, technical and sustainability manager, Broadgate Estates
Lydia Dutton, project manager (environmental), Argent LLP
Nicky Wightman, Savills Earth and Innovation
John Baker, sales director, Climaveneta
Andrea Bertelle, communications manager, Climaveneta
To begin the discussion, Bruno Gardner, managing director of the Low Carbon Workplace Partnership, said that broadly speaking he thought the UK was making good headway on tackling climate change but “progress is not as rapid as we need it to be to meet our 2050 targets”.
So what could propel the UK forward? Richard Griffiths, senior policy and campaigns consultant at the UK Green Building Council, said Ofgem’s recent warnings over energy blackouts should focus attention on the need to save energy. “Threatening people with the lights being turned off is a pretty good way to do that.”
Other participants suggested the “landlord-tenant divide” was at the heart of the problem. In other words, landlords don’t feel inclined to improve the energy efficiency of their buildings as they won’t reap the benefits – it will be the tenant who enjoys the cheaper bills.
Philip Draper, technical and sustainability manager from Broadgate Estates, said that landlords were also reluctant to take the risk of installing new, innovative energy-saving and monitoring technologies on commercial buildings until someone else proves that they work.
Assistant director at the British Property Federation Patrick Brown said another disincentive for landlords to carry out lengthy retrofitting projects was that responsibility for paying business rates reverted to a landlord when their property stood empty. Councils should extend business rates relief so there is no disincentive to carry out refurbishments, he suggested.
Despite such obstructions, most participants believed local authorities did aim to support businesses and new developments that plan to be energy efficient. “They want to help out, but it comes down to a lack of knowledge,” said Draper. “They’re keen to push CHPs [combined heat and power]. They’re very keen to push the simple solution, but not always the right one.”
Draper suggested that no one in local government was prepared to “put their head above the parapet”, circumnavigating planning guidance in search of new solutions.
John Baker, sales director, Climaveneta, took up this point, telling the roundtable about one of his clients who couldn’t get planning permission for installing innovative energy-efficient measures as it was blocked by existing legislation. “The scheme they were looking at didn’t have the CHP box ticked so they weren’t able to deploy it,” he said.
Griffiths had some sympathy for councils struggling to play a more effective role. “They just don’t have any money,” he said. Expanding his point, he told the participants that two-thirds of buildings that should have EPCs don’t. “For so many buildings not to have them is a pretty poor state of affairs and local authorities are responsible for that,” he said. “They just don’t have the resources to check that EPCs are being handed out.”

There was an opportunity here for councils to raise much-needed funds, he said. As of April 2018, all rented properties will require a minimum energy performance standard (Meps), which will be based on the existing EPC rating system. Landlords won’t be able to let out buildings that don’t get a high enough rating. The legislation has the potential to remove many of the worse-performing buildings out of the UK stock, said Griffiths. “Yet if the EPCs aren’t enforced, that legislation falls flat on its face.”
He suggested that local authorities could keep any money generated from fining landlords for not meeting Meps and re-invest it in enforcement. “This isn’t them being progressive – it’s just them doing their job,” he said.
Local councils “should be leading on EPCs (Energy Performance Certificate), not dragging their feet,” agreed Alastair Mant, director of sustainability at property consultant GVA. But he conceded that councils had a difficult job enforcing so many government regulations without adding further complexity to the policy landscape.
Jade Rickman, a CBI policy adviser, said that most businesses were keen to embrace energy-efficiency measures for cost-saving, reputational, or security-of-supply reasons, but they were hampered by a lack of coherence within the various government policies. “What we need is a roadmap for businesses on what will work and to link up the policy landscape,” she said.
Paul Crewe, head of sustainability, engineering, energy and environment at Sainsbury’s, agreed: “Having that consistency across the UK would enable businesses to invest or refurbish, and allow us to plan and be sure of what is required.”
Louise Clancy, principal programme and policy officer at the Greater London Authority (GLA), defended the coherence of her authority’s policies: “We have the London Plan, which for larger developments has given a lot of clarity.”
However, Crewe was adamant that businesses hoping to improve their energy efficiency were being held back by legislation and poor infrastructure. He told the roundtable about his firm’s plan to build a huge zero-carbon depot complete with 10MW of photovoltaic off-grid power. “Because the grid capacity was so old I couldn’t connect, so that whole 10MW couldn’t be implemented. It was very frustrating.”
This needs to be addressed sooner rather than later, said Crewe, as Sainsbury’s uses “just under 1% of all power in the UK”.
Many delegates thought that local authorities could champion organisations that are striving to become more energy efficient. A number of participants mentioned the GLA’s Business Energy Challenge, which encourages businesses to voluntarily reduce their carbon emissions and recognises the best performers at an awards ceremony.
Another benefit of the awards, said Clancy, was that companies who entered had provided the GLA with a huge amount of data about their energy performance. This had allowed the GLA to get a better idea of what a good-performing building in London looks like.
Such data collection is key to improving energy efficiency, agreed Gardner, as it introduces transparency, allowing organisations to compete by creating a pull for commercial tenants who want to rent the best-performing buildings.
Griffiths told delegates about another example of best practice among city governments: an Australian scheme called Nabers, originally developed in Melbourne and Sydney. It measures the environmental performance of Australian buildings and awards them a rating. “If you walk through the Central Business District in Sydney, on every building advert you see their energy efficiency rating – that builds awareness in the community,” he said.

If local authorities mandated the rollout of display energy certificates (DECs), which rate a building’s operational energy use, that would have a similar awareness-raising effect in the UK, the roundtable heard. Currently, DECs are only required to be displayed on public-sector buildings.
Andrea Bertelle, Climaveneta’s communications manager, said the Nabers scheme worked well because “it identified the right business case. As the government had an influence it become popular in private-sector buildings and the sharp focus of regulations created an environment for advanced solutions.”
Nicky Wightman from Savills Earth and Innovation, said: “What Melbourne does incredibly well is that they make the connection between sustainability and a general fantastic sense of living there; they really create that sense of city, sense of space – that’s a really good lesson.”
Nick Hayes, head of sustainability at EC Harris, said that behavioural change among the people using a building is often the best way to improve its efficiency. Buildings are efficient until you put people in them, the roundtable heard.
Gardner agreed, highlighting Carbon Trust research that found that about 40% additional emissions can be added to a building from how it was designed to its in-use performance because of the misuse of equipment and facilities.
Lydia Dutton, environmental project manager at Argent LLP, said that lessons could be learned from the New York City Carbon Challenge, which aims to reduce the city’s greenhouse gas emissions by 30% by 2030. Companies taking part that have successfully reduced their emissions were shown to be open-minded about who can help them achieve their goals and also benefited from strong leadership, which helped achieve buy-in from everyone in the company.
Drawing the debate to a close, Griffiths said that he would mark the UK four out of 10 on the job of making buildings more energy efficient. Like most contributors to the discussion, he thought that the UK had an incredibly progressive policy landscape aimed at improving energy efficiency but the legislation wasn’t linking up as it should. He concluded: “We’d get lots of marks for effort, but not so many for outcomes.”
Key discussion points
The UK has a huge array of policies aimed at improving the energy efficiency of commercial buildings and more in the pipeline. Some key policies include:
Energy Performance Certificates (EPCs). Mandatory certificate that rates a building’s energy efficiency on a sliding scale from A to G. Needed when a building is sold, rented or constructed.
Minimum Energy Performance Standards (Meps). From April 2018, it will be unlawful to let properties that fail to achieve a prescribed Meps. It is expected that this minimum standard will be equivalent to an EPC rating of E.
The CRC Energy Efficiency Scheme. A mandatory carbon emissions reporting scheme that cover all organisations in the UK using more than 6,000MWh per year of electricity.
Display Energy Certificates (DECs) Distinct from EPCs, which provide a theoretical rating, DECs focus on operational energy use. Currently only required in buildings occupied by the public sector.