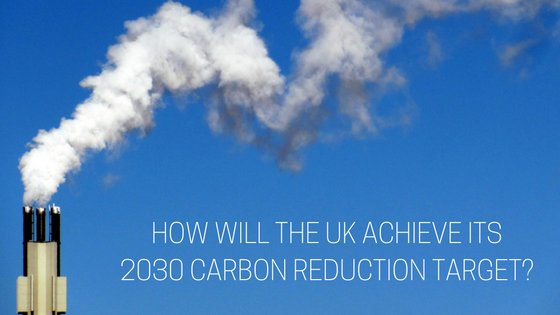 A report released by the Committee on Climate Change states policies must be tightened and new energy measures may need to be introduced to meet target.

The Committee on Climate Change (CCC), an organisation that guides the UK government on targets and emissions, have revealed in their ‘Next steps for UK heat policy’ report that a new strategy must be implemented if it is going to meet its 2030 target.

The UK government has a target to reduce emissions by 57% by 2030 but is currently not on track to achieve this. Although the EU as a whole is performing well in terms of reducing energy consumption, the CCC state that the UK could contribute more towards this.

The UK government is being urged to take more action to reduce emissions whilst minimising costs. It is due to release its ‘Emissions Reduction Plan’ which will detail how it plans to achieve the carbon targets. Ahead of the release of this plan the CCC have advised the government on the best possible actions to take.

The CCC propose that focusing on heat decarbonisation will make the largest difference to the UK’s energy usage as heating and hot water combined contribute to 40% of energy use and 20% of greenhouse gas emissions in the UK.

They also stress that the key to achieving a reduction in carbon emissions is to tighten policies that are already in place alongside other measures that the CCC believe to be key to help reduce emissions. These measures include; ensuring houses are built to be highly energy efficient, improving the energy efficiency of existing buildings and increasing the use of heat pump installation.

With this being said, the CCC have also revealed that new energy efficiency measures may need to be introduced in the future to help the UK achieve its target.

The next stage is the release of the governments emissions reduction plan which is due to come out this year. This should set clear objectives of how the UK will achieve the 57% reduction in emissions.