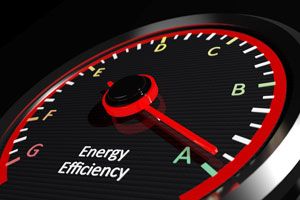 Energy and Climate Change Secretary Ed Davey has fended off criticism of the Government’s impending Energy Saving Opportunity Scheme (ESOS), insisting that a regulatory approach to improving the nation’s energy efficiency is the right one.
Speaking at an ESOS business event in London, Davey said the implementation of the mandatory scheme for all large businesses is ‘completely necessary’ and will have an ‘important impact’ on the UK’s energy future, despite some aspects of the scheme overlapping with similar efficiency regulations.

“There’s definitely a role for regulation around energy efficiency and I think ESOS regulation is very sensible. The way to regulate smartly is to engage with businesses as you design it – and we (DECC) have done that.

“We didn’t want to double regulate. Given that some of the information that was needed to comply with ESOS is already there in the form of other schemes, it should all be counted as compliance under ESOS. That approach for initiating the smooth introduction of ESOS has been welcomed.”

ESOS requires all companies with more than 250 employees or a turnover of more than €50m to produce detailed reports on their energy use and efficiency every four years. Lead assessors will carry out an energy audit, paid for by the business, but there is no obligation to implement any of the efficiency measures identified.

When questioned about the fact that ESOS will only produce ‘recommendations’ rather than mandatory requirements, Davey added: “It’s much better to allow business to make the decision about how they implement the results of their audits than trying to prescribe it from central Government which I think would be costly and complicated.

“It’s difficult to absolutely quantify the impact ESOS will have, but we know from the nearly-10,000 companies that will be covered by this scheme that they are wasting at least £2.8bn on energy a year – that’s a big win.”

The event – part of DECC’s ‘ESOS Roadshow’ – played host to a panel discussion involving Davey and the CBI’s business environment director Rhian Kelly, who noted a level of unease among its members about the ‘complex landscape’ that ESOS is entering. Kelly said: “Many CBI businesses thought ESOS would be an umbrella scheme which would cover mandatory carbon reporting and the Carbon Reduction Commitment (CRC), but actually businesses will have to do one cut of the data for each of these schemes.”

But Davey was quick to point out the difficulties surrounding a simplification of the energy efficiency framework. “When you change anything – even if it’s in the name of simplification – is that change is itself a cost,” he said. “We’re experimenting with some world-first polices in the UK and we’re not going to get it right perfectly the first time. But maybe sticking at doing that something is better than changing it all around and having to learn a set of new rules.

“I hope that whoever is doing my job in 2016 will still look at the business case of sticking where we are because simplifying might end up costing a lot more.”