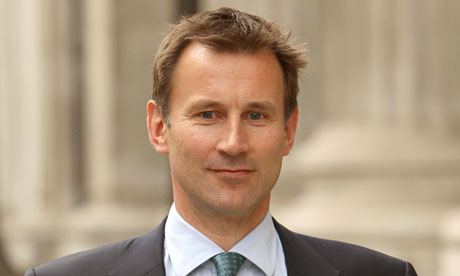 Health and IT professionals remain deeply skeptical that the NHS can be paperless by 2018, two years after health secretary, Jeremy Hunt, unveiled the ambitious target, exclusive HSJ research has found.

Nearly three-quarters (71 per cent) of respondents to HSJ’s second annual technology survey, carried out in association with CCube Solutions, agreed with a statement that the paperless by 2018 goal was “a great ambition but unrealistic”.

The 573 healthcare leaders, clinicians and IT professionals polled also expressed widespread concern that lack of technological expertise and resources would undermine the NHS’s drive to integrate health and social care. 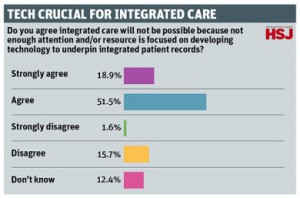 About 70 per cent of respondents agreed or strongly agreed with the statement: “The integrated care agenda will not be possible because not enough attention and/or resource is being focused on developing technology to underpin integrated records.”

The survey was carried out in November and December (see box, below). Its publication comes two years after Mr Hunt’s January 2013 announcement of his paperless NHS ambition.
Other key findings include:
69 per cent answered “no” to the question: “Do you think the NHS leadership community (senior trust managers at board level, senior commissioners and clinical leaders) has enough knowledge about the potential benefits to efficiency and clinical outcomes improved IT systems can deliver?”
75 per cent disagreed or strongly disagreed with the statement: “NHS trusts have placed enough emphasis and/or resource on developing the technology to underpin integrated records required for integrated care to become a reality.”
70 per cent agreed or strongly agreed with the statement: “The integrated care agenda will be held back because not enough attention and/or resource is being focused on developing technology to underpin integrated records.”

The findings suggest that sector confidence in achieving the 2018 paperless target has stayed broadly the same over the past 12 months. Just 29 per cent of those surveyed as part of HSJ’s inaugural technology survey, published last January, said they thought the target was achievable.

The lack of confidence in the NHS to achieve the flagship 2018 target comes as senior sources told HSJ that a large chunk of a £240m technology fund has been raided to finance support for hospitals struggling with their accident and emergency demand.

The funding intervention came despite Mr Hunt having long pinned his hopes on technological advances as a means of alleviating the NHS’s growing funding pressures and of significantly improving care.
Mapping out his vision in January 2013, Mr Hunt said going paperless would “save billions” and warned the health service could not afford to be “the last man standing as the rest of the economy embraces the technical revolution”.