Is the light still green for renewable energy?

The highly regulated nature of the renewable energy sector means it is ripe for political point-scoring. Of course, the government has targets for the part renewable energy must play in the country’s total energy mix.
But shifting trading conditions can unsettle investors, as different methods of generation rise and fall in popularity. The degree of government support granted to green energy producers compounds the issue.

Last month, the Department of Energy and Climate Change (DECC) announced it would be consulting on whether to remove ‘grandfathering’ from particular types of biomass projects. At present, renewable energy projects accredited under the government’s Renewables Obligation (RO) contracts are protected from future changes to support levels. However, the proposed changes would mean that generators carrying out new conversions from coal to biomass, or those that increase their levels of co-firing, will no longer be able to move to higher RO support bands.

The market reacted strongly to the news, with shares in Drax Group(DRX) falling by almost 10 per cent on the day of the announcement. In April 2013, the group converted its first unit to biomass, an attempt to transition from being the country’s biggest single emitter of CO2 to a greener power generator. It has now converted two of its six units to biomass-burn – ie wooden pellets – under RO and a third will operate under the new contracts for difference (CFD) regime.
The group has faced rocky trading conditions throughout the past year. Not only are the margins it makes on coal generation being eroded by the UK carbon tax, but its biomass business has experienced regulatory uncertainty too. In February, the European Commission announced an investigation into whether a government-backed loan to Drax was in breach of state aid rules. In addition, the government reversed its decision that the group’s second unit would be eligible for subsidy under the more lucrative CFD provisions.
Management insisted the most recent proposed changes would not impact its base strategy of converting three units to biomass. It said it is evaluating the option for a fourth unit conversion and the implications of a change in the government’s grandfathering policy on its decision.
Angelos Anastasiou, utilities analyst at broker Whitman Howard, echoed this sentiment, while maintaining his buy rating for the group. He said the fall in commodities prices is more to blame for the drop in Drax’s share price. However he added: “It’s more risky than it was, over the past [few] weeks the government has done a good job of pushing up the risk profile at a time when we still really need to be investing in quite a big way.” 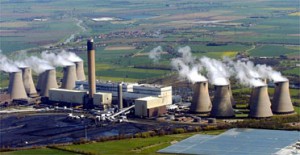 Drax Group is not the only green energy generator to feel the effects of uncertain political headwinds. Investors were spooked after the prime minister pledged to end subsidies for new onshore turbines if the Conservatives win the general election in May. Shares in wind, hydro and landfill gas (LFG) generator Infinis Energy (INFI) initially fell by almost 5 per cent following Mr Cameron’s appearance before the Commons Liaison Committee.
Some fear UK green energy providers may face an additional threat from the introduction of the capacity market; a cornerstone of the government’s reform of the electricity market. Companies running the majority of existing coal, nuclear and gas-powered stations bid for annual subsidies in return for guarantees that they will have their plants available during peak periods of demand. The first auctions were held towards the end of last month, with the capacity market coming into effect in 2018-19. The worry is that traditional power generators coming towards the end of their lives will squeeze more money out of the system, at the expense of newer renewable technology.
Yet the lower-than-expected clearing price may well help counteract this. The price for qualifying capacity cleared at £19.40 per KW. This was below consensus expectations. For example, analysts at Deutsche Bank predict a clearing price of £35 per KW. Adam Forsyth, analyst at Arden Partners, said this could make it less likely that there will be a knock-on impact on the volume markets, ie the traditional revenue sources for selling power.